Watchful supports a rich query syntax to let you explore your data, create heuristics, and analyze your labels. The table updates in real-time as you type your query to keep you tightly looped with your data. Note: Watchful uses the Rust Regex library so any uses of regex in the query language will be limited to what that library supports (specifically: constructs for which only backtracking solutions are known to exist are not supported by principle). This means that backreferences and look-around assertions are not supported in the regex implementation. 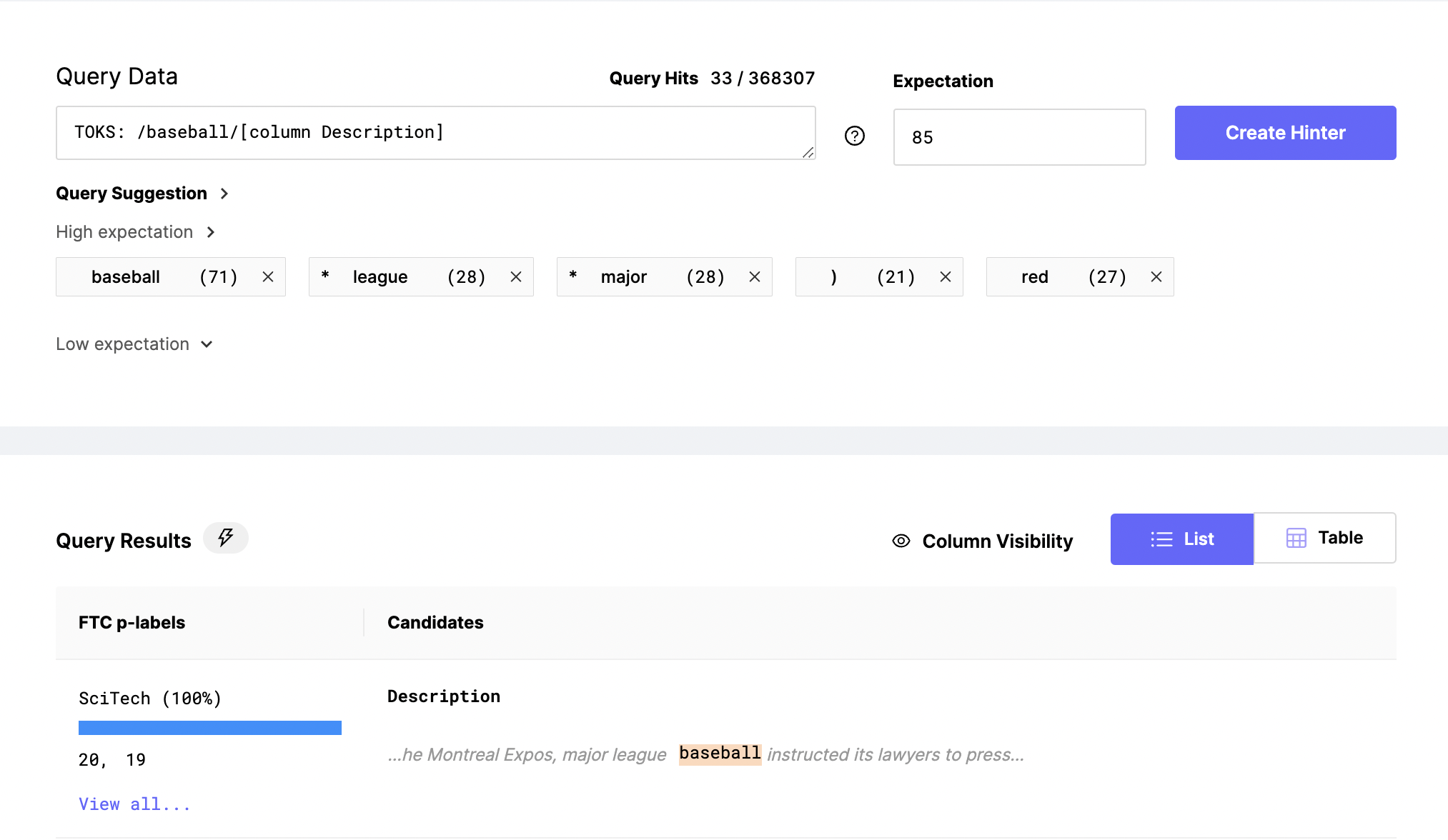 Every query in Watchful has a context, or query unit, whether explicit or implicit. The default context for every query is ROWS - meaning every query operates at the "row" level by default. The table above outlines ROWS queries. For example:
/abc|123/iis equal to ROWS: /abc|123/i - both queries simply match each row for the regex /abc|123/i.

You can change the context from ROWS to CELLS (think of a cell in an excel spreadsheet) by simply making the query CELLS: /abc|123/i. Now the query matches each cell for the regex /abc|123/i. This can be a powerful tool to scope data and queries to match data at a variety of granularities. As an example:

SENTS TOKS: /^[A-Z]/ will match any token that starts with a capital letter. Leveling that up to SENTS TOKS: /^[A-Z]/+will match any contiguous set of tokens that start with capital letters (i.e: anything that is title cased). You can take that one step further by doing SENTS TOKS: /^[A-Z]/+ inc which would now match any sequence of title-cased tokens that end in "inc". By adding a space between /^[A-Z]/+ and inc, you indicate to Watchful that you'd like the sequence to end with the token Inc. As you might have guessed, this query would match certain types of company names (e.g: Watchful Inc. or Acme Studios Inc.)

Refer to the table below for more information about query units.

Find out more about creating Hinters from Queries