Some charts on the dashboard have translucent outlines or dotted lines rendered directly into them to indicate a "goal state". This is meant to help you visually gauge how close or far you are from being done labeling a given class. 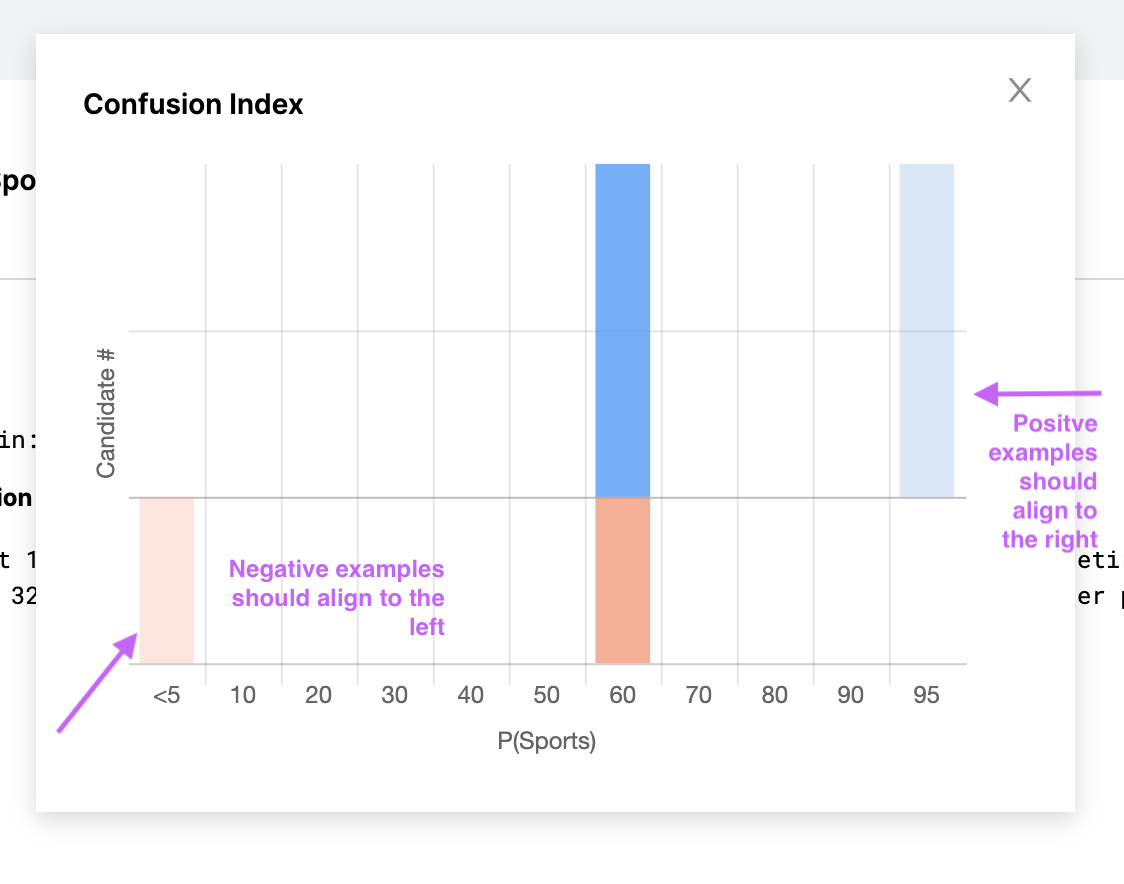 All charts are expandable by clicking the Magnify Icon above the chart. A popup window will let you drill into the chart in more detail.

Base Rate measures the overall makeup of a dataset relative to a class. Watchful uses the base rate for a class to calibrate its confidence in being able to label for the class. You can either hand label a small sample of data to have Watchful estimate the base rate, or if you happen to know it offhand you can enter it directly. 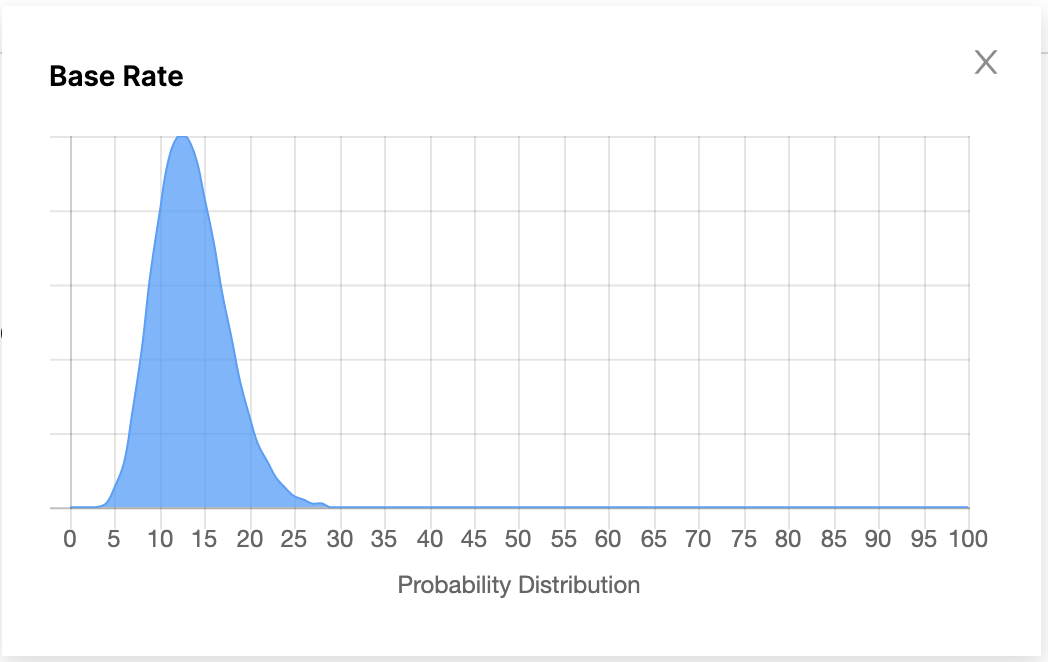 As an example of how Watchful uses the base rate: say you were given a dataset and knew nothing about it other than the fact that Class A makes up about 35% of it, and then given a random row from the dataset and asked the probability that it belongs to Class A. You would likely answer with "35%", as your "prior" is simply the base rate of the class. As you learn more about the class you would be able to answer more confidently - likely handing out probabilities closer to 100% or 0% more frequently. Your confidence in being able to label the class increases as your predictions move away from the base rate.

In Named Entity Recognition, base rate is calculated on entities per byte of data, as opposed to rows of data. Therefore, the base rate isn’t impacted by the number of rows in the dataset, but rather by its size. For example, if your dataset is 1GB - or 1 billion bytes - and there is 1 entity per 100k bytes, the base rate would be 1/100,000, or 10,000 entities in the entire dataset.

In the image below, Watchful is confident that the base rate is right around 1 entity for every 10,000 bytes. Where the distribution falls below the x-axis - such as at 996/100 - those base rates are less likely to be the true base rate. 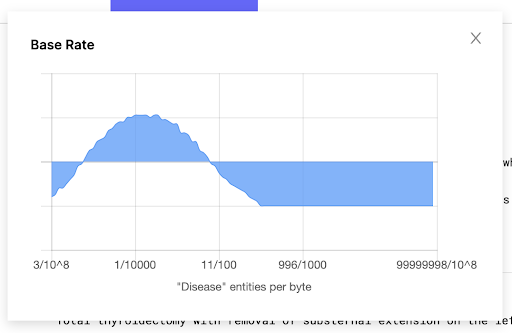 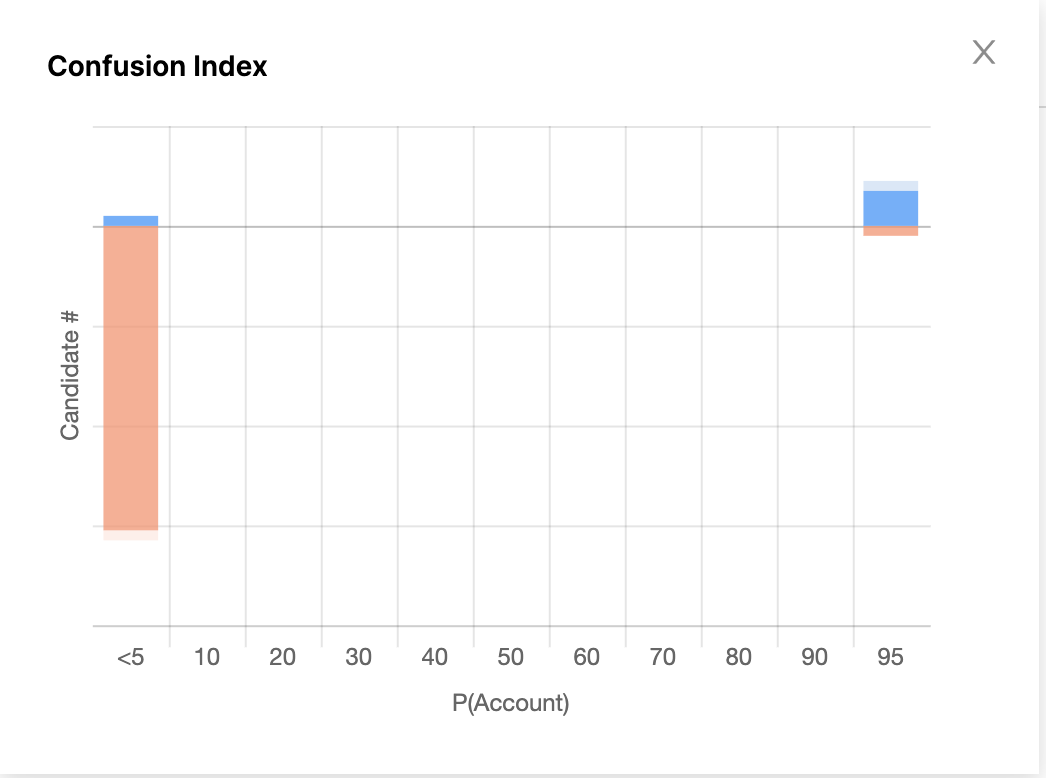 If all of your blue bars are to the far right of the graph, and all your red bars are to the far left, your data is in great shape! What this indicates is that everything you had hand labeled is getting probabilistically labeled by Watchful correctly.

If you wanted to further build your confidence in the quality of the probabilistic labels, simply hand label more data and see if you can find places where Watchful might need more signal.

Label Distribution refers to the overall distribution of probabilities in your dataset. Say that you've found that your Base Rate is ~20% for a class. Your goal would be to strongly label that 20% to be positive for the class, and the other 80% of the dataset would be strongly labeled to be negative for the class. When you first start out, however, you'll notice that your Label Distribution chart indicates that most of your data has approximately a 20% probability of being a part of the class. 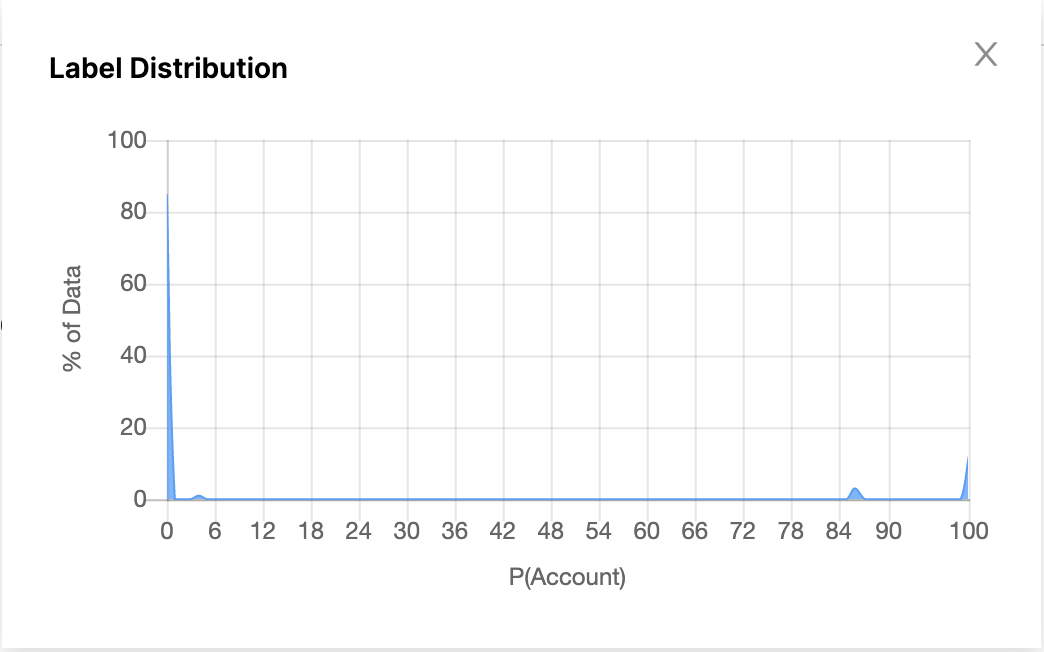 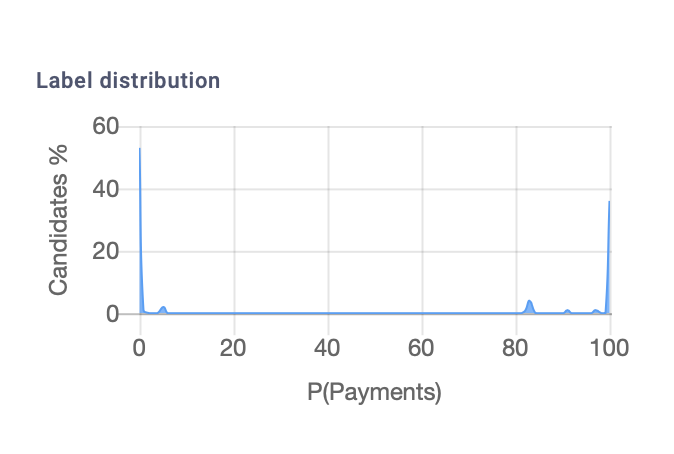 If your Label Distribution chart looks like a sharp 'U', with your Base Rate percent of the dataset to the right of the graph and the rest of the data to the left - you might be done labeling for that class.

Confidence increases as candidates move away from the base rate, in either direction. It is intended to measure the information given by your hinters, and it is agnostic with regard to correctness of your labels. In other words, you should see confidence going up as your data become more strongly labeled, but to know if your labels are correct, you will need to look at the hand label graph. 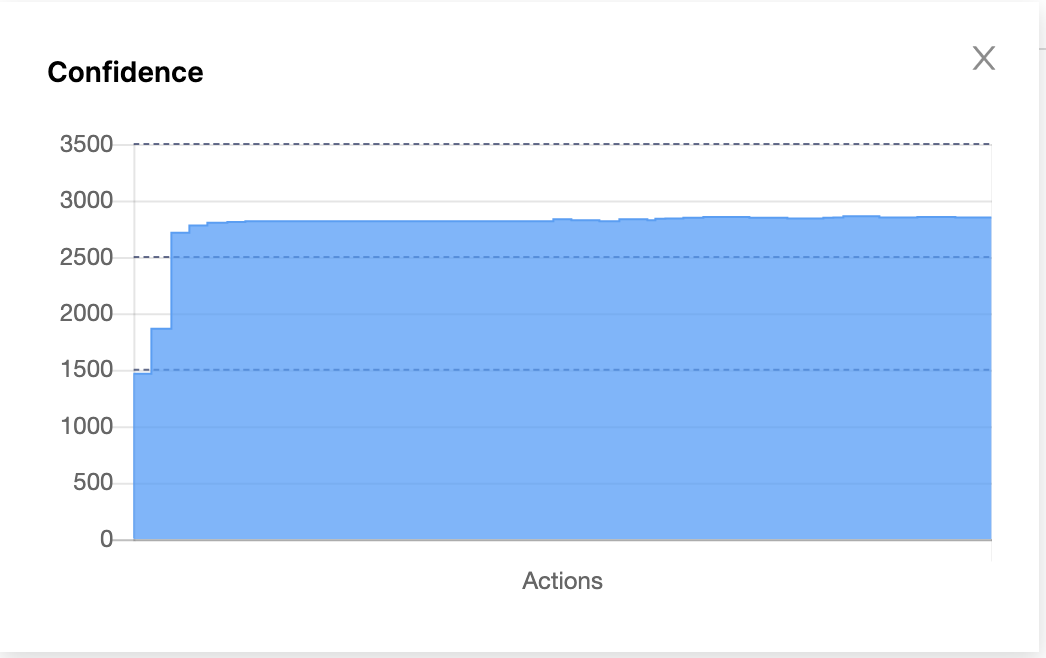 Learn about exporting your data once you're confident in your labels